Conventions have been slow for us and many others this year.  The crowds have been attending, the staffers have been doing great jobs, and we’ve been mostly on-the-ball with new merchandise.  But even with everything being the same as previous years, sales have been lackluster.  Maybe people are more frugal with their spending.  Maybe original content is of less interest to the average con-goer than fan art (grr).  Maybe these changes are to be expected after being in the circuit for close to fifteen years.

But AwesomeCon finally bucked the trend, and this monster show actually felt like a monster show.

I’m not going to brag about how much money we made at AwesomeCon because that’s bad form, but I will say that Garth and I needed this check-mark in the win column after many months of slow sales and losing out over interest in fan art booths (grr).  AwesomeCon’s crowd was very kind to us, whether it was established readers or people taking a chance on original content.

There’s something about that crowd, too.  We’ve been to AwesomeCon three times now and every year we’ve come away from that crowd with positive vibes and infectious excitement.  There’s a willingness to engage with us, a curiosity about the creative process, and an eager search for insight and advice.  It’s the kind of crowd you dream about when you exhibit at a comic book convention.  Whatever AwesomeCon does to cultivate this atmosphere, I hope they never change their formula.  The vibe there is, well, awesome.

And on a personal note, I got to see some good friends I don’t get to see very often.  Whether they were joining us for drinks or bringing their kid to the science fair section of the convention, cosplaying in a stunning Wonder Woman outfit, or performing with their band at an off-site pub, it was great to see some people who are close to my heart.  Solid sales are good for my finances, but reunions with friends are good for my heart.

AwesomeCon was awesome.  I hope we get to go back next year. 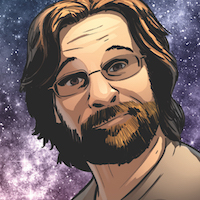