On the Matter of Practice

I’ve recently taken up competitive shooting as a hobby, and it’s left me thinking a lot about what it means to practice. In art and other creative type things, practice usually means “doing the thing a lot.” You make lots of art. Draw lots of things. Make lots of paintings. You get good by doing. But drawing all the time isn’t necessarily “practice,” now is it?

Practice is studying with your hands. It is a critical and often methodical examination of an activity combined with the repetition necessary to commit it to muscle memory.

No one expects to get good at a sport (on the competitive level anyway) by just going to matches. Now, I’ve never been big into the sportsball side of life, but I’m pretty certain no practice session has every been just a match where the points didn’t matter. Practice involves drilling fundamentals, breaking the game down into discrete parts and doing them over and over again, and this is true even in the arts. No singer spends their entire rehearsal time running through songs start to finish. They do exercises that are seemingly unrelated to the finished performance but work those fundamentals. They rehearse bits and pieces over and over again and then put it all together.

For basically the whole of my art career I have failed to practice. Drawing comics IS my practice. I do it a lot and there’s a lot of repetition and I’m pretty critical of my work so it kinda works out, but it’s not really practice. I don’t spend the time sitting down and doing studies of hands, or really any kind of sketching. I don’t experiment much with styles or techniques. I’ve got deadlines so at best I refine the techniques I already know. Admittedly, it’s done pretty well for me. Over the last 14 years of comicing, I’ve gotten pretty good at this whole art thing. But I can’t help but wonder…

How much better would I be today if I had spent some of that decade and a half actually practicing?

Thankfully, it is never too late to get good at a thing, and I have so many things I want to get good(er) at. 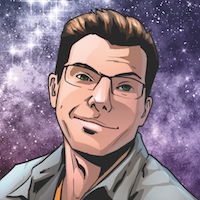