No one knows how a kitten managed to get herself stranded on the roof of my San Antonio apartment, but there she was.  I rescued her from her predicament and she scurried off into the night.  She stranded herself on the roof twice more that same night, and I got her down every time.  She came to visit more frequently, albeit not on the roof, and eventually I took her in.  I named her Rascal for obvious reasons.

Rascal was my steadfast roommate and snuggle-buddy.  She would climb on my chest first thing every morning and dig her razor sharp claws into my flesh.  On cold New England nights she would climb under the covers and rest her head on my pillow.  She loved having her ears and the bridge of her nose rubbed.  She would often bury her face into the crook of my arm to the point I was worried she was going to suffocate herself, but she was just very intense in her nuzzling.  Whenever I came home from convention weekends, she would be the first to welcome me home.

Rascal was also a stubborn pain in the ass.  She never, ever accepted the other two cats we adopted.  When Scamp was brought in to be a playmate for her, she bullied the hell out of that little kitten.  When Scamp grew bigger and could finally fight back, she lost interest in him.  When Mugsy was adopted, she was downright hostile to him.  Merely looking in her direction would illicit growls, hisses, and sometimes screaming.  And boy, could she scream when she was pissed.  If there was ever a sudden noise in our otherwise quiet home, it was Rascal complaining that one of the boys was near her, and by “complaining” I mean “screaming at the top of her lungs like she was being murdered.”

In May, Rascal was diagnosed with hypertrophic cardiomyopathy, a serious heart condition.  She would have to take five pills a day for the rest of her life.  For the first month or so, things went well.  We hid them in treats and she took her medicine to the point of completely bouncing back!  After I returned home from AwesomeCon, she suffered a second bout of congestive heart failure and they increased her medication.  Like the stubborn pain in the ass she was, she refused to take her meds.  We tried everything.  Everything.  I lost count of how many times I was left weeping on the floor because my steadfast roommate and snuggle-buddy wouldn’t take her medication, and how helpless I felt because I couldn’t tell her how important it was.

But through all the wrestling match attempts to get medicine down her throat, she was still my snuggle-buddy.  Whenever I thought her anger was irreparable, she would climb on my chest and encourage me to rub her ears and the bridge of her nose.  She would bury her face in the crook of my arm.  She would remind me that she was still the little kitten who found me by stranding herself on a Texas roof in 2006.

This past Saturday morning at 3am, Rascal’s heart failed.  I was right there with her until the very end.  She was at home.

I’m going to miss that stubborn pain in the ass in ways that haven’t fully hit me yet.  I keep expecting to find her in her usual spots, or to climb on my chest first thing in the morning.  While I am deeply saddened by her swift passing, and that she was only eleven years old (not young for a cat, but not too old in my opinion), I take solace in a few things:  When she died, she was home and she was near us.  She did not suffer the rigors of old age or the deterioration of time.  She was my little Rascal until her last moments with us. 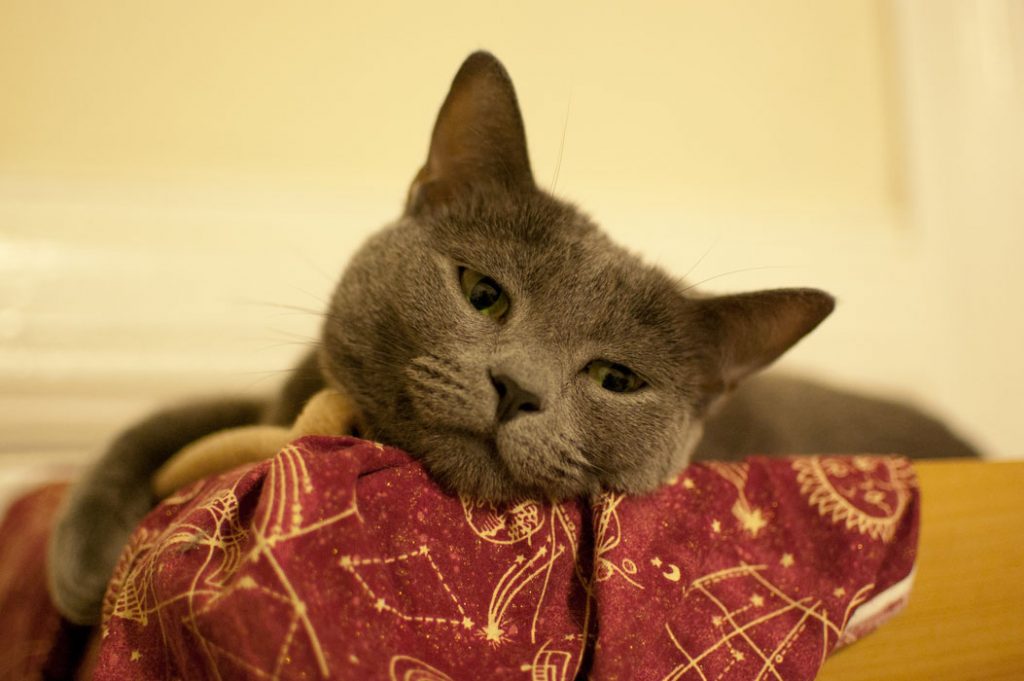 Actually, “my little Rascal” is inaccurate.  In addition to being a stubborn pain in the ass, she spent most of her time with me as a fat cat.  Her nickname was “big girl,” even after we put her proud butt on a diet.