Garth and I are returning to OHAYCON this weekend!  In case you missed it, here’s a handy map of the Artist Alley and where you can find us!  We’ll be there all weekend, saying “hi” to folks and selling merchandise!  It’s the first stop of our 2016 convention circuit, and we’re ready to go back on tour!  (It’s not really a “tour,” but I like to pretend I’m a rock star.) 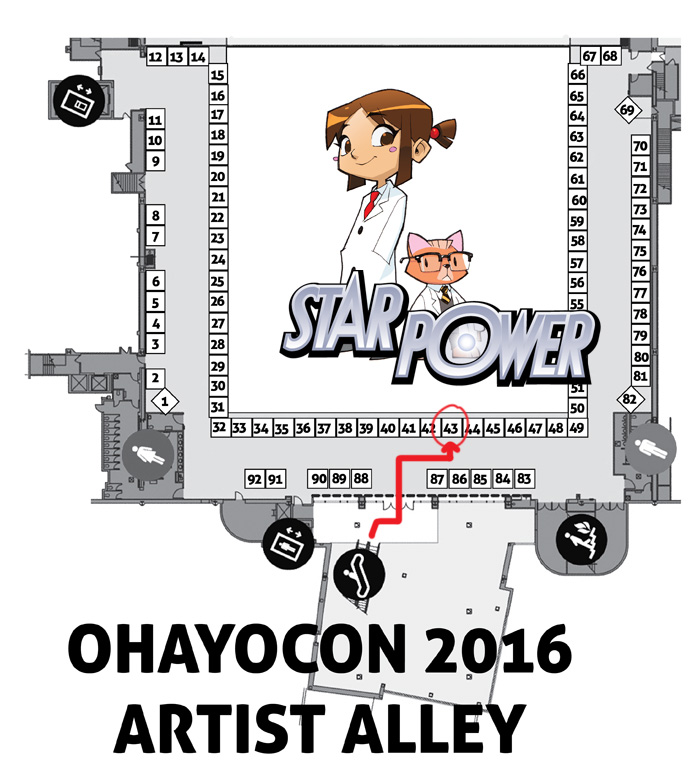