Michael and I will be venturing back to AwesomeCon this weekend! We had such a great time last year that we signed up for the show this year before we had left the show last year. We were delighted to be there and exceedingly happy to be heading back. Hopefully we’ll manage to see some familiar faces, get some of Volume3 into the eager hands of a few readers who only read deadtree and only pick up the books at cons (it’s quite the little ritual we’ve started developing with a few fans), and maybe we’ll even catch some cosplay. We’ve heard rumblings about some Star Power cosplay, perhaps we’ll run into some this weekend. Regardless of how you read the comic, or how you’re dressed, we hope to see you this weekend!

You’ll be able to find us all weekend at table D8 in the artist alley! 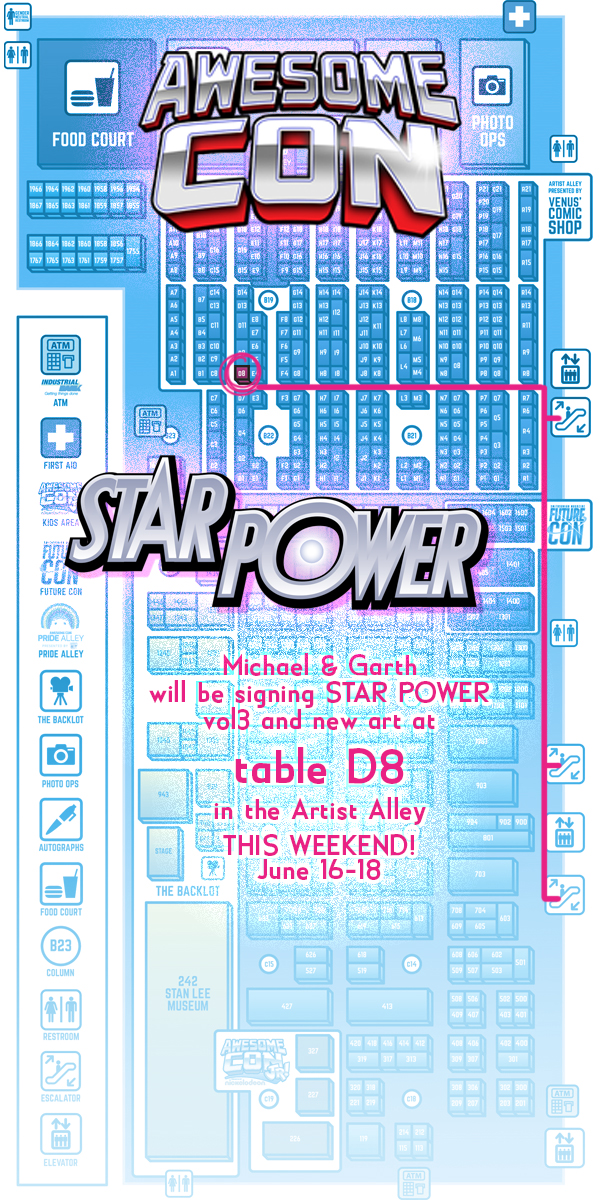