The Kickstarter for Black Hole Bill. 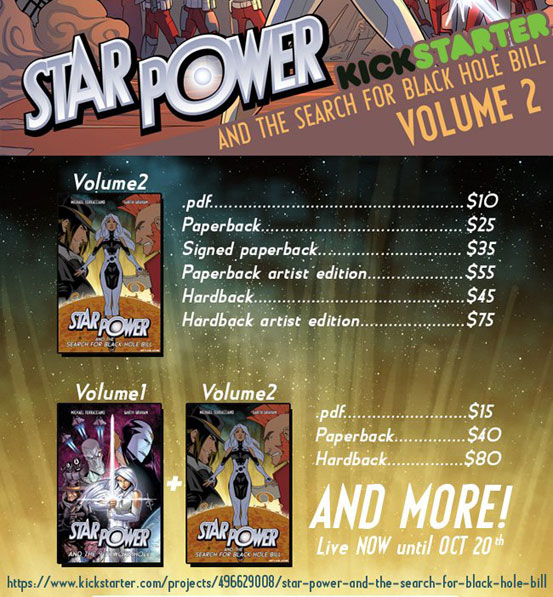 As you can see, we have tons of great incentives and, just like last year, the more we raise the more that will go into the book!  Additional pages, lore goodies for lore junkies, more artwork from Garth, and so much more will go into Volume 2!  We cannot express our gratitude enough for the incredible support already shown.  We couldn’t do this without you.