Countdown from a rampage!

The Webcomics Rampage at Dragon’s Lair Comics & Fantasy this weekend was a blast.  Garth and I got to hang out in an excellent store that fostered a really cool atmosphere, and as a result we met lots of cool people in all aspects of the event; those who came to the store, those who were exhibiting with us in the store, and the staff who worked at the store.  It was an overall amazing experience.  Visit the site and check out the webcomics of all the amazing creators we had the pleasure to be counted among.  We’d love to return, but if that doesn’t happen next year I still strongly encourage you to attend future Webcomics Rampages.  You won’t regret it.

And finally, predictably, it’s time to mention the KICKSTARTER CAMPAIGN FOR STAR POWER & THE SEARCH FOR BLACK HOLE BILL because, as of this writing, it ends in under twelve hours!  It’s been a stellar campaign and we’ve been floored by your support, but it’s not over yet!  There’s still time to pledge and receive exclusive rewards, and every little bit of support brings us ever closer to that elusive final stretch goal!  We cannot express our gratitude enough, but we’re going to do our best. 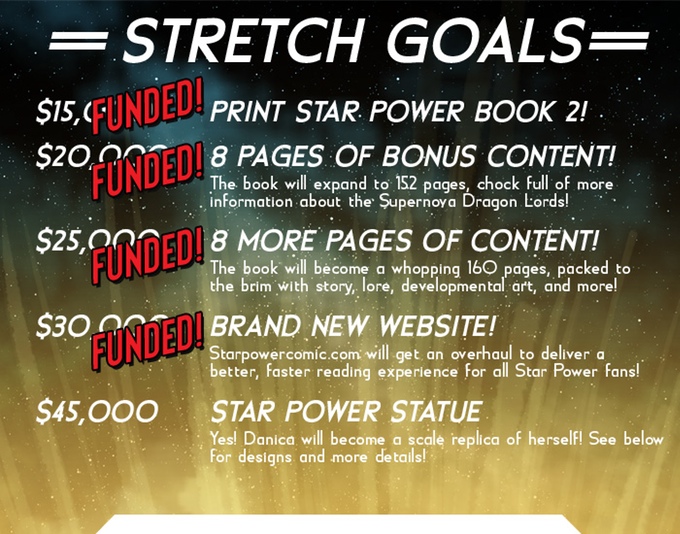