On the road, on buffer, and under a blazing sun.

Garth and I had an amazing time at Ohayocon this past weekend.  We met so many nice people who had so many nice things to say to us about our previous webcomics and Star Power.  It was a great way to kick off the 2014 convention season, and we’re looking forward to getting back on the road.  Catch us both at Katsucon in a few weeks, and I’ll be returning to ConBust in March!  Keep an eye on our convention schedule to find out where we’ll be throughout the year!

We’re closing in on the end of Issue 4 here, and we apologize for not having it available ahead of time for purchase in physical or digital format.  Between the holidays and other obligations, we went through our buffer of comics.  The remainder of Issue 4 will update without delay, but in order to get our buffer back we’re going to take a slightly extended break between Issues.  What is normally a two week break will be a temporary three week break, and instead of Observations there will be lore-based filler by yours truly.  We should be back on track, and re-buffered, by the time Issue 5 begins.

And finally, here’s a photo I took from our weekend at Ohayocon.  We were plagued by snowfall, but on Sunday morning I awoke to a beautiful sunrise over Columbus.  It’s not the most professional photo of the sunrise ever taken, but I think it came out pretty well. 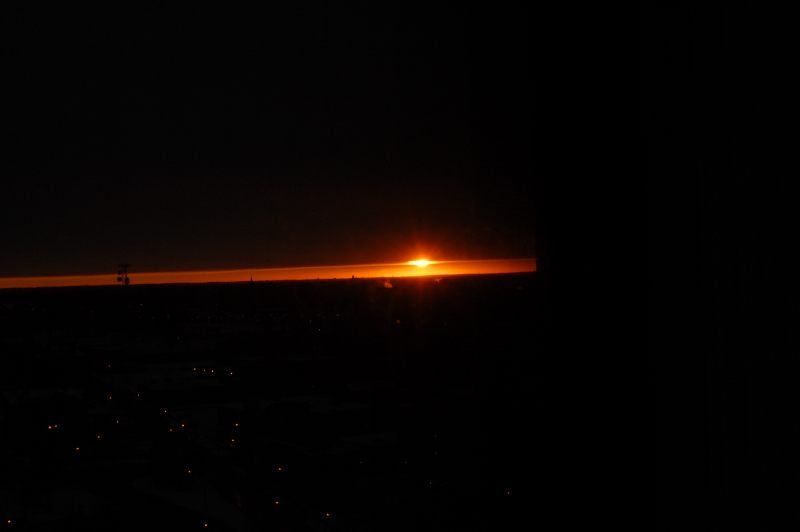