Garth and I are making our return to KATSUCON this weekend!  In case you missed the announcement of where we will be stationed over the course of the weekend, here once again is that handy map to help you find us! 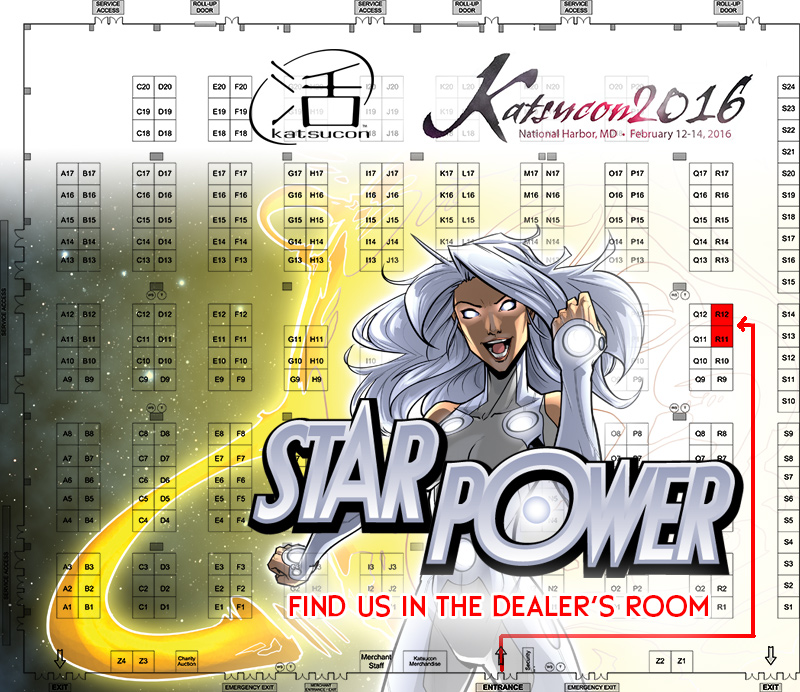 Garth and I have been attending Katsucon for many years.  It has a significant place in our hearts, as we debuted the first Issue of Star Power there in 2013.  We didn’t have the site up and running back then, but the first Issue in print form generated a bit of buzz among the convention attendees and some of the staff!  It was the first sign that we had cooked up something special together, and we took that momentum from Katsucon 2013 all the way to where it is today… the week leading up to Katsucon 2016!

Past years of this show have been memorable and precious to us.  We invite you to join us this year to help us make even more memories.